In 2015–2016, the Finnish Immigration Service faced numerous challenges concerning the handling of asylum applications. The number of asylum applicants was rising, the preliminary stage of the asylum process was transferred from the Police and Finnish Border Guard to the agency, and regulations for the Common European Asylum System were introduced.

In order to meet these challenges, the Finnish Immigration Service had to develop tools, operating models, guidelines, and our personnel’s professional skills.

The Flow development project is helping both officials and clients

Flow was launched in 2016 with the aim of making the preliminary stage of the asylum process run more smoothly. The project has:

These changes will help officials handling asylum applications to carry out their work more efficiently and to a higher standard.

Internal report indicates that the standard of asylum interviews has improved

Asylum interviews are the most important stage in the process for applicants, as the interviews investigate the grounds for persecution presented by the applicant. There has been a need to make asylum interviews more efficient while ensuring that their quality is not compromised.

Agency personnel have been actively trained to ensure that interviews can focus on those issues that are most important to each applicant, and that all essential points are investigated and clarified during the interview.

According to an internal report, there were some quality issues with asylum interviews during a challenging period in early 2016, but standards have since clearly improved due to training and the experience gained by personnel.

Although the Flow project ended on 31 July 2017, development efforts will continue with a new project, Flow 2, which will run from August 2017 to August 2019.

The Flow project has received EU funding from the Asylum, Migration and Integration Fund (AMIF).

More information about the Flow project

Other questions about asylum matters 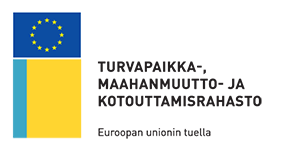